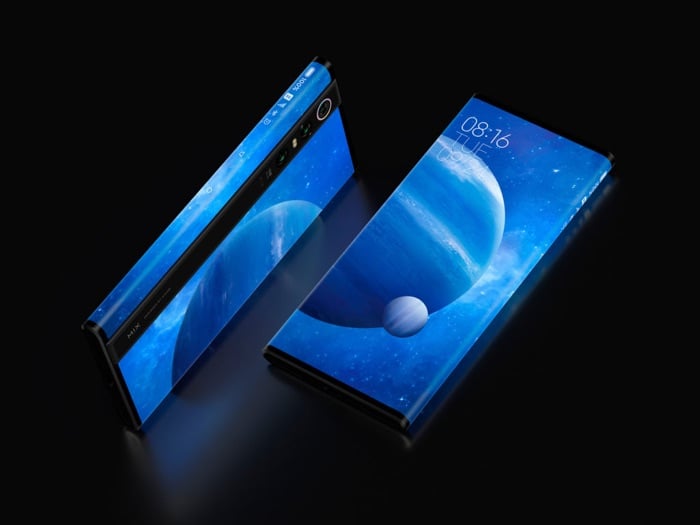 Xiaomi has launched the launch of a new smartphone with a display on almost all of its sides, the Xiaomi Mi Mix Alpha.

The Xiaomi Mi Mix Alpha comes with a 180 percent screen to body ratio and the handset is powered by a Qualcomm Snapdragon 855+ processor and it comes with 12GB of RAM.

Carrying the original Mi MIX exploration spirit, when Mi MIX Alpha lights up – the front, side, and back of the phone are almost entirely display. The Surround Display allows Mi MIX Alpha to achieve a screen-to-body ratio that reaches an astonishing 180.6%.

Behind the Surround Display is a series of groundbreaking technologies that required a new method of device assembly. Unlike traditional smartphone assembly methods, Mi MIX Alpha’s internal assembly is first carried out, while its display layer, touch panel, and protection layers are laminated one-by-one. All display component layers are compiled in that order to achieve high curvature Surround Display design, so the internal stress caused by bending the display layers can be released layer by layer. To achieve a smooth and flat surface, Mi MIX Alpha also uses a durable protective layer which optimizes the screen stack structure.

It also features 512GB of storage built in and it comes with some pretty high end cameras, the main camera is a 108 megapixel cameras.

You can find out more details about the new Xiaomi Mi Mix Alpha over at Xiaomi at the link below, it will launch later in the year.