Microsoft has announced that the new Xbox One update will be released on the 11th of February, and it will bring a range of new features to Microsoft’s next generation games console.

The Xbox One update will with a number of improvements, including improved Kinect voice commands, and more, you can see some of the new features below. 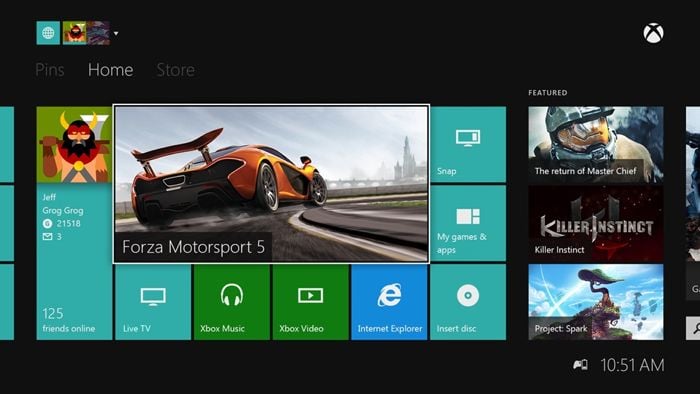 Some of the features you can expect to see on February 11 include:

The ability to see and manage your storage space. With this update, you will find it easy to find how much space your content takes up and better manage your content. You can also control your install lineup and more easily manage your download queue. We’ve separated My Games and My Apps into separate lists, so you can easily create separate queues for both. Now you can pick the order in which you want your content to load and we’ve added a boot progress indicator so you can better track updates while they load.

The battery power indicator is back! You can see it right on the home screen, so you can easily track how much battery life is left on your controller.
And, you will be able to use your USB keyboard with your Xbox One.

These are just a few of the many updates we will be shipping on February 11. We’ll share more details on these and other upcoming features in the coming weeks. We have several surprises in store that we think you’ll love.

Microsoft have yet to release a full list of everything that wull be included in the new Xbox One update, as soon as we get more information on what will be included we will let you guys know.