As the launch of the new next generation Xbox One console edges closer plenty of new demo videos are being published revealing the new features of the console. One of which has been created by the Game On Daily website which shows the new Xbox One Snap Mode in action.

A great feature of the new Xbox One console is its ability to let gamers do two things at once from the one screen, even while within a game. The new Xbox One Snap Mode launches on the right side of your TV screen and allows you to access other apps, in the is case Internet Explorer on the Xbox One. 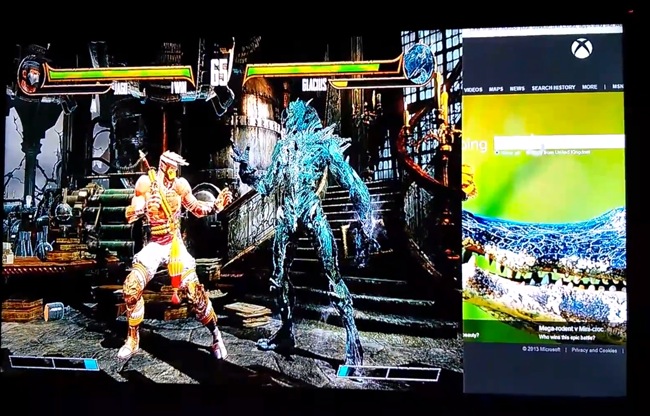 The new Xbox One Snap Mode will also allow you to watch walk through videos or other content while you are playing a game enabling you to see game reviews, help videos and more as you play.

The Microsoft Xbox One is powered by a customised AMD Jaguar 8 core processing unit equipped with a graphics processor that is tailored for Direct X 11 graphics, together with 32MB of high bandwidth embedded ESRAM and 8GB of RAM. Providing gamers with support for full HD video in 1080p and the new Ultra HD 4k video standard as well as full 7.1 surround sound.