Microsoft has this week revealed more details about the features that will be included with its new next-generation Xbox One games console which will be launching later this year before the holiday period.

Microsoft has still yet to release a fixed official launch date for their new next-generation Xbox One but today has revealed a number of features that will be available when you purchase an Xbox Live Gold membership. 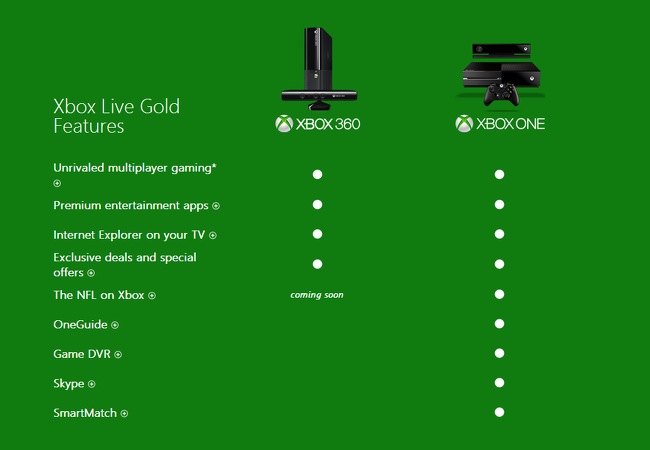 Currently the Microsoft Xbox Live service is supporting a 48 million strong membership and is still growing according to Microsoft. As you can see in the image above unfortunately a number of the revealed features in the previous months will require you to take out a Microsoft Xbox Live Gold subscription to enjoy them.

“Xbox Live Gold is your ticket to the most exciting social entertainment network in the world on both Xbox 360 and Xbox One.

Experience unrivaled multiplayer for the hottest exclusive games, HD movies and TV shows, live events, music and sports. Along with premiere entertainment apps, Internet Explorer and Skype on your TV. With Xbox Live Gold, you can stay connected with friends, family and more than 48 million Xbox Live members around the world.