Gamers looking forward to getting their hands on the new Microsoft Xbox One games console when it launches later this year. Might be pleased to learn that Microsoft has now made a number of Xbox One peripherals available to preorder from its Microsoft online store.

Microsoft Xbox One console gaming peripherals now available to order include the Xbox One wireless controller together with the Chat Headset and Xbox One Play and Charge Kit. 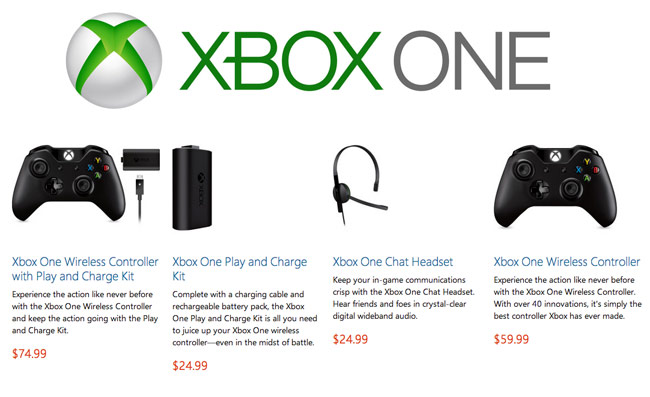 “Experience the action like never before with the Wireless Controller. New Impulse Triggers deliver fingertip vibration feedback, so you can feel every jolt and crash in high definition (in supported games). Redesigned thumbsticks and an all new D-pad provide greater precision. Plus, keep the action going with the Play and Charge Kit, with a battery that recharges while you play or afterwards, even when your Xbox One is in standby.”