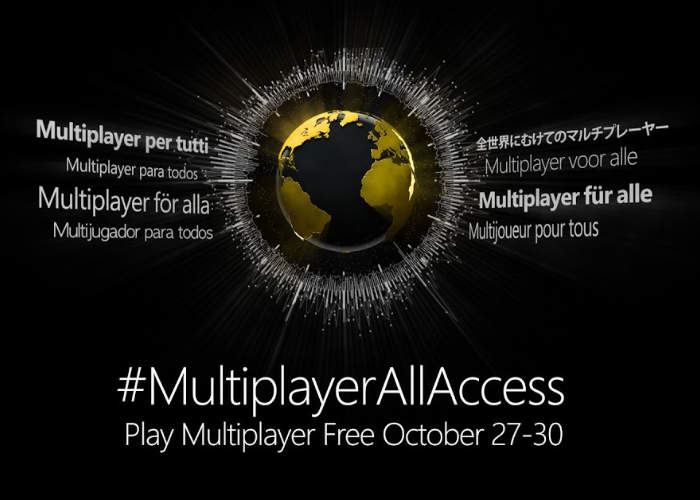 Microsoft has this week launched its scheduled Xbox Multiplayer All-Access Event allowing all Xbox Live members without a Gold membership to play online for free.

The Xbox Multiplayer All-Access Event runs until October 30th and is available on both Xbox one and Xbox 360 games consoles. Watch the video below to learn more about what you can expect from the free multiplayer weekend which is now currently underway.

This is a great opportunity for players across both consoles to experience one of the most-popular benefits of Xbox Live Gold membership; when it comes to multiplayer gaming, network reliability is everything. Log in now to play on a network that delivers as well as you do.

Speaking of delivering, how about a free Xbox One game to play with your friends during this event? Not a problem. Xbox is also giving all Xbox Live members free access to play Borderlands: The Handsome Collection now through October 30. Experience the highest performance and highest fidelity graphics for any Borderlands game ever on console, and invite your friends over to enjoy the game’s four-player split-screen mode, all in stunning high definition.

These offers are only available from October 27 to 30, so log on your Xbox One or Xbox 360 now to get in on the action.