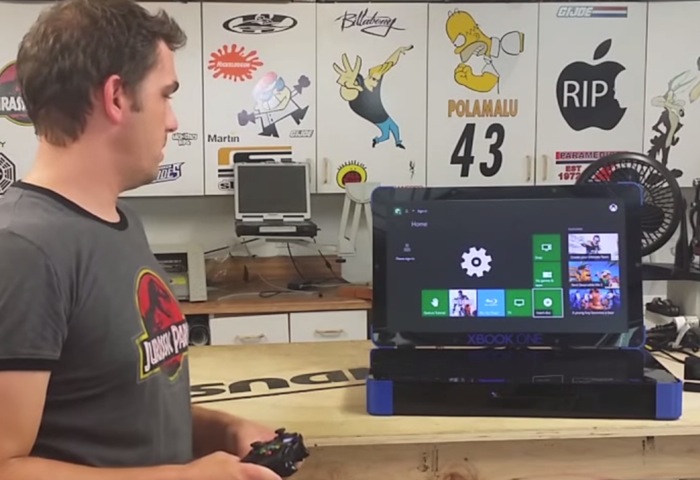 Gamers looking for a portable Xbox One laptop complete with its own 22 inch 1080p HD screen, are sure to enjoy this new creation by Eddie Zarick called the XBookOne.

Which combine both an Xbox One next-generation games console together with a 22 inch screen creating the ultimate portable Xbox One laptop system, which is power by the mains. Check out the video after the jump to learn more about the new creation. 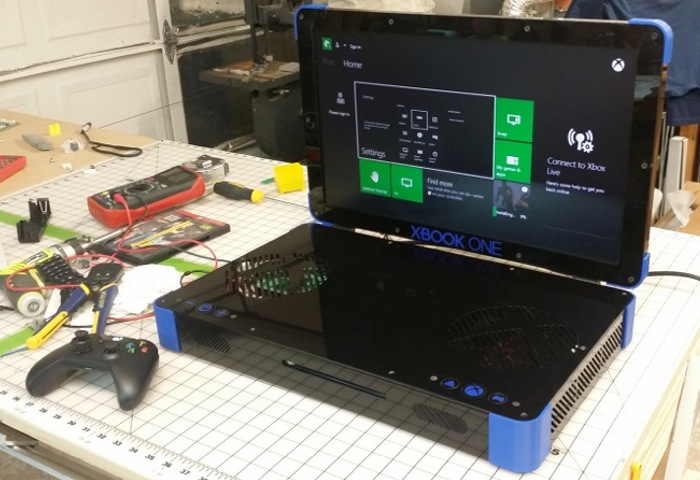 To re-cap the Microsoft Xbox One is powered by a customised AMD Jaguar 8 core processor that is equipped with a graphics processor tailored for Direct X 11 graphics. Together with 32MB of high bandwidth embedded ESRAM which is supported by 8GB of RAM.

“Here it is as promised! And better than I thought! Its the EdsJunk XBOOK ONE LAPTOP! This is one of the first XBOX ONE Laptops that have been produced and built to order! Completely designed and manufactured with CNC Laser Cutting and 3D Printing.”

For more information on the new XBookOne Xbox One laptop and a chance to purchase your very own for $1,495 jump over to the Eddie Zarick website for details and full specifications as well as seeing how the Xbox One laptop was constructed and designed.