It seems that the games that you get from the App Store for the new iPad aren’t the only ones that can be played on there, as someone has managed to get World of Warcraft running on it.

The game was streamed to the iPad using an online game streaming service which streams the game to a web browser, the user is then able to play the game in the browser. 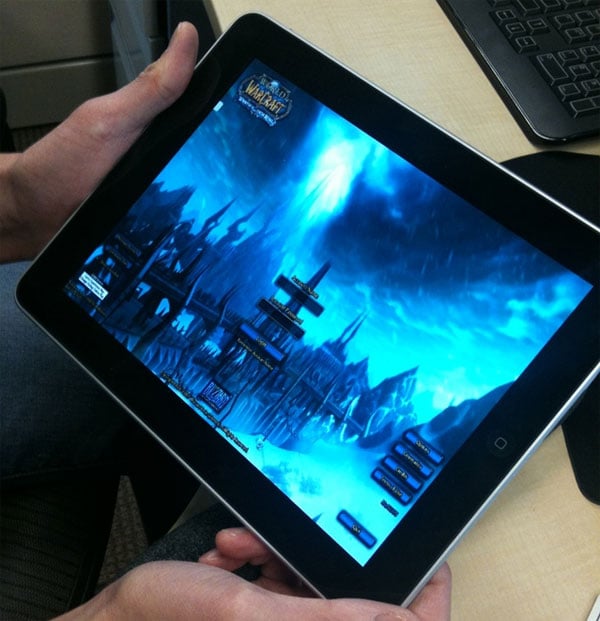 This certainly looks interesting, I wonder what other games will be available with the service when it is launched.