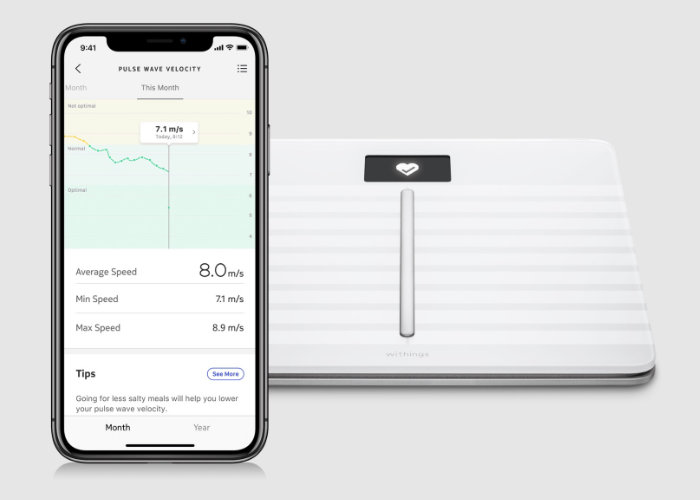 After voluntarily disabling the pulse wave velocity (PWV) measurements on its systems when the Withings health and consumer electronics company was owned by Nokia. The company has this week announced the return of the pulse wave velocity future to its flagship weighing scales throughout Europe. The feature was originally removed due to the fear that the system may require additional regulatory approval.

Those of you unfamiliar with the measurement, “pulse wave velocity (PWV) is the velocity at which the blood pressure pulse propagates through the circulatory system, usually an artery or a combined length of arteries. PWV is used clinically as a measure of arterial stiffness and can be readily measured non-invasively in humans, with measurement of carotid to femoral PWV (cfPWV) being the recommended method.”

Unfortunately the feature has not yet been reinstated in the US as Withings is still in talks with regulators, but as soon as more information becomes available we will let you know as soon returns. For more details on all the Withings scales that support measuring pulse wave velocity jump over to the official Withings website by following the link below.