We have featured a number of great mods to retro gaming consoles here on Geeky Gadgets over the years, but wouldn’t it of been great to have this wireless Super Nintendo controller when the console first arrived in stores. 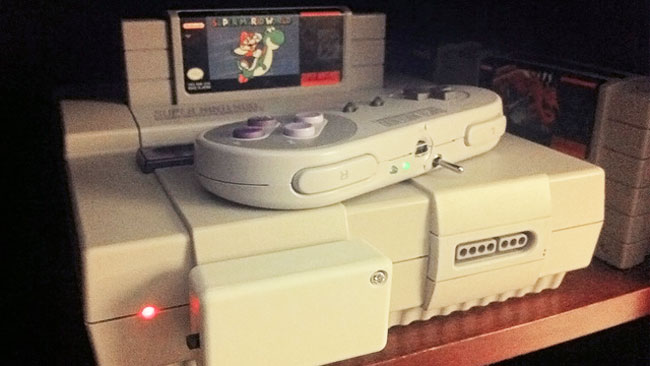 If you have a retro Super Nintendo console lying around perhaps you might be able to modify your to use a wireless controller just like the one pictured above from the Imgur website. But be warned the mod is not for the faint hearted, and requires a few skills to pull off.

The Super Nintendo Entertainment System which is also known as the Super NES, SNES or Super Nintendo. Was first released back in 1990 and is a 16-bit video game console that introduced advanced graphics and sound capabilities compared with other consoles at the time.

Imgur is not the first to complete the hack and the original schematic as well as similar designs for NES, N64, and Sega Saturn visit YouTube