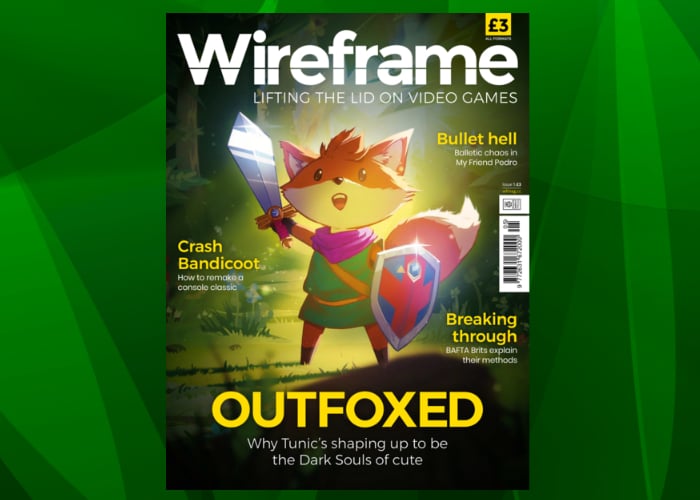 The Raspberry Pi Foundation and publisher Pi Press has today made available the 5th Wireframe games magazine, providing more insight onto how games are built and function. In this week’s issue which is now available to purchase and download designer Andrew Shouldice takes us behind the scenes on his forthcoming action-adventure Tunic, about a tiny fox in a sprawling fantasy world.

The features in this issue of Wireframe include:

– Vicarious Visions reveal how they revived Crash Bandicoot
– Transmission, a soothing driving sim from solo game dev Jon Dadley
– Part two of our guide to making your own FPS in Unity
– How to make your own arcade-style high-score table

“The BAFTA-winning developers behind Monument Valley 2 and Alto’s Adventure discuss their paths through the industry. And No More Heroes director Suda51 talks Grasshopper, Kafka and wrestling, and takes stock of his career so far. In late 2018, Adrienne Law and Harry Nesbitt were both recognised by BAFTA as Breakthrough Brits: an award given by BAFTA to new and emerging talent across a variety of art and entertainment industries.”

For more information jump over to the official Raspberry Pi website by following the link below.