An interesting new iPad stand concept called WINGStand is currently trying to make the jump from concept to production over on the Kickstarter website, and has already raised 60 percent of their needed pledge to start the ball rolling.

The WINGStand concept has been designed and developed by Daniel Haarburger a design oriented entrepreneur studying at Stanford University. Who had the idea while studying and created the adaptable stand to work with a wireless Apple keyboard. Watch the video after the jump to hear the designer explain his plans for the WINGStand and its development. 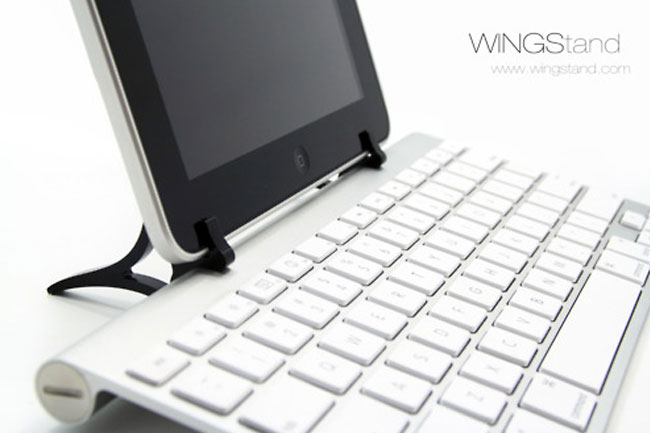 The WINGStand accommodates a myriad of different devices including the iPad, iPad2, iPhone, and all other tablets on the market and even allows you to leave your devices in their cases, if you use the  iPad Smart Cover or 1st Generation iPad case.

“The WINGStand was designed to give tablets the same interactive capabilities as actual computers. Because touch screen devices have always lacked a tactile interface, it has been impossible to write with them as if they were computer.” 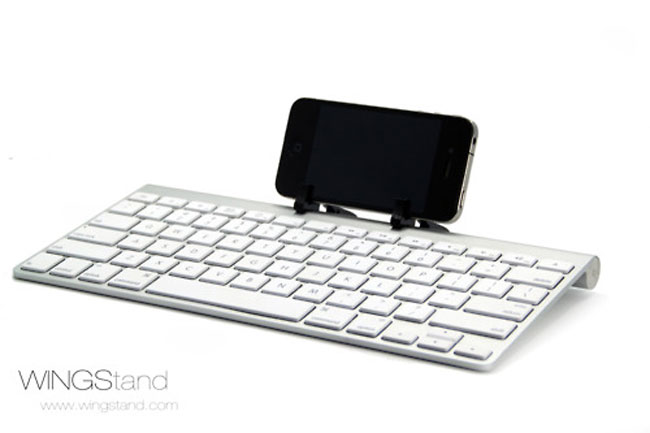