Windows 8 may not be the best operating system from the Redmond giant, and rumors suggest that they are working on an update for Windows 8.1 that will fix some issues with the current release.

Recently, some screenshots of the alleged Windows 8.1 Update 1 surfaced on the internet, showing Windows Store apps pinned on the taskbar on desktop, giving users the ability to launch modern apps from the desktop rather than visiting the Start screen every time. 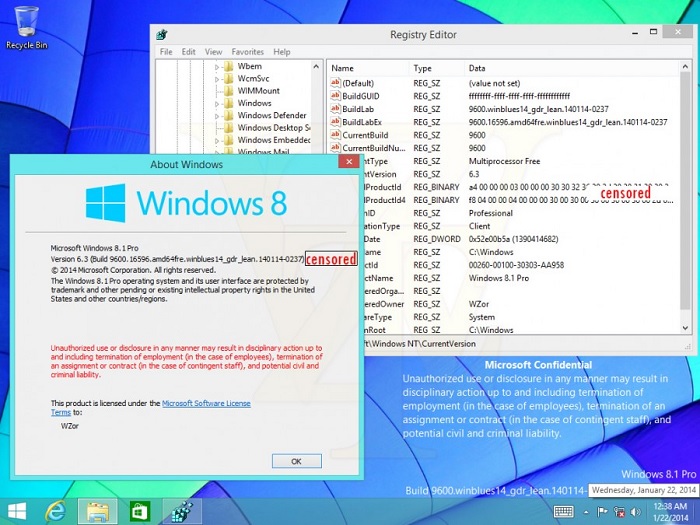 A Russian Windows leaker Wzor has posted a handful of leaked screenshots of the upcoming Windows 8.1 update that gives a sneak peak at some of its features, including the ability to pin modern apps to task bar. As it can be clearly seen from the screenshot below, the Windows store app is pinned to the taskbar, and rumors suggest that Microsoft is working on improving the integration between the metro and desktop apps.

It also shows “Show Store apps on the taskbar”  option in the taskbar properties windows. This is not a very huge change, but it something that was rumored to be a part of Windows 8 Threshold.

There’s no word about the launch of the update, but many suggests that Microsoft will share more details about it at Build in April. Also, rumors predict the Redmond Giant will release the Windows 9 Threshold next year in April, with a bunch of new features and enhancements.