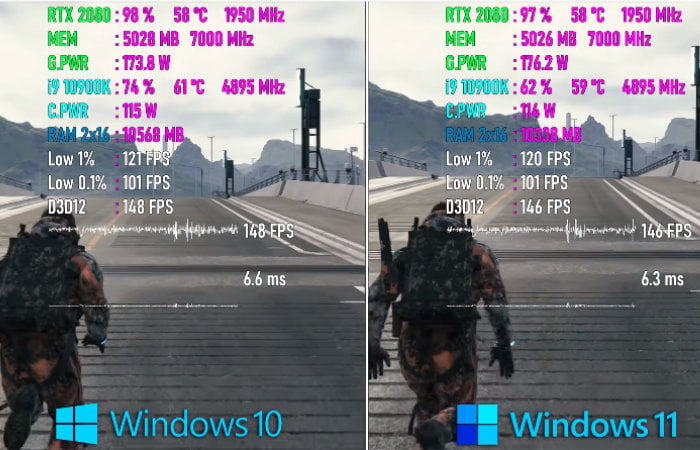 If you are interested in learning more about the performance of Windows 11 when compared to the older Windows 10 Microsoft operating system, this new video putting Windows 11 vs Windows 10 playing a selection of the most popular and power hungry games available such as : Assassin’s Creed Valhalla, The Witcher 3, Red Dead Redemption 2, Battlefield V, Forza Horizon 4, Cyberpunk 2077 and more, check out the video embedded below.

If you are interested in trying out Windows 11 for yourself, Microsoft has made available a Windows 11 download to all members of its Windows Insiders development program which you can register for over on the official Microsoft website. Windows 11 is expected to officially launch in a few months time during October 2021, but as yet Microsoft has not announced an official release day as yet. Microsoft is also making available free upgrades to certain Windows 10 computers, and will be rolling out the free Windows upgrades during the first half of 2022.

If you are interested in learning more about the features you can expect in the new Windows 11 operating system jump over to our previous article. A sooners more information on a Windows 11 release date is confirmed by Microsoft we will keep you up to speed as always.