We have already seen some photos of what is reported to be the new display for the iPhone 5, which shows a much thinner bezel and a larger display, and now we have another photo of a case mock up for the iPhone 5.

The photo below appeared on a Chinese trading site, and it is reported to be a new case for the iPhone 5, the photo is obviously a mock up, but the design of the iPhone 5 could end up looking like this as it ties in with the previous leaked display we saw. 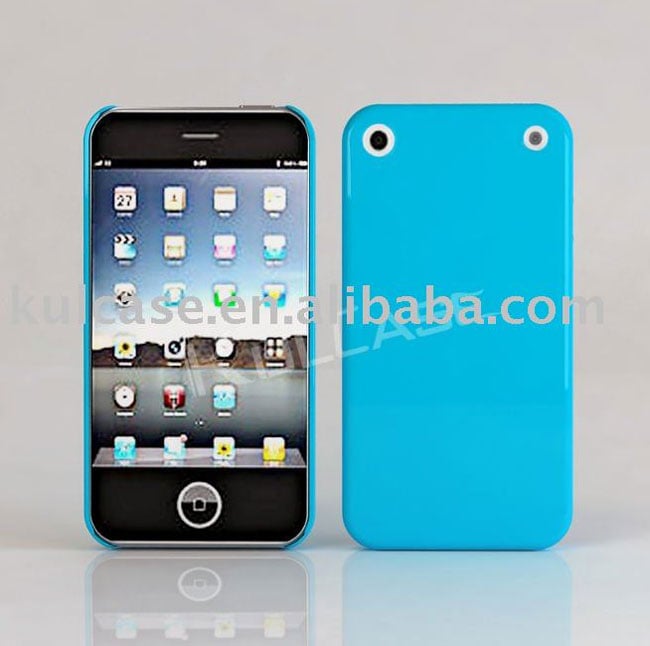 Some workers at Foxconn, who make the iPhone and iPad for Apple have been charged with leaking details of the iPad 2 to case manufacturers, and we saw quite a few mock ups of the iPad 2, which turned out to be exactly the same as the iPad 2 when it was officially unveiled.

It could be possible that information has again been leaked by Foxconn workers to case manufacturers, and the photo above could end up being the actual design of the new iPhone 5.