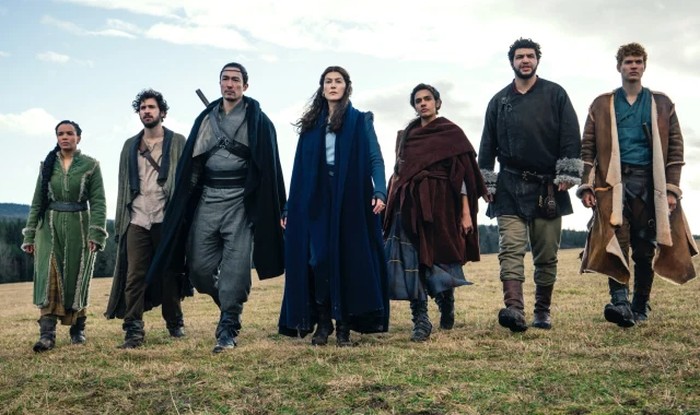 Amazon has released a new teaser trailer for the upcoming new TV series The Wheel Of Time which will be premiering on the streaming service in a few months time on November 19th 2021. The first season will consist of eight episodes with the last premiering on Amazon Prime on December 24th, 2021. The series has already been renewed for a second season and the first season stars Rosamund Pike, Josha Stradowski, Marcus Rutherford, Zoë Robins, Barney Harris, Madeleine Madden and Daniel Henney.

The Wheel of Time TV series is an adaptation of Robert Jordan’s epic fantasy series of 14 books, check out the first trailer below which shows a glimpse of Madeleine Madden as Egwene al’Vere, Marcus Rutherford as Perrin Aybara, Barney Harris as Mat Cauthon, Zoë Robins as Nynaeve al’Meara, and Josha Stradowski as Rand al’Thor, playing the five central characters in Jordan’s books.

“The Wheel of Time follows Moiraine, a member of the Aes Sedai, a powerful all-female organization of magic users. She takes a group of five young people on a journey around the world, believing one of the five might be the reincarnation of the Dragon, a powerful individual prophesied to save the world or destroy it.”