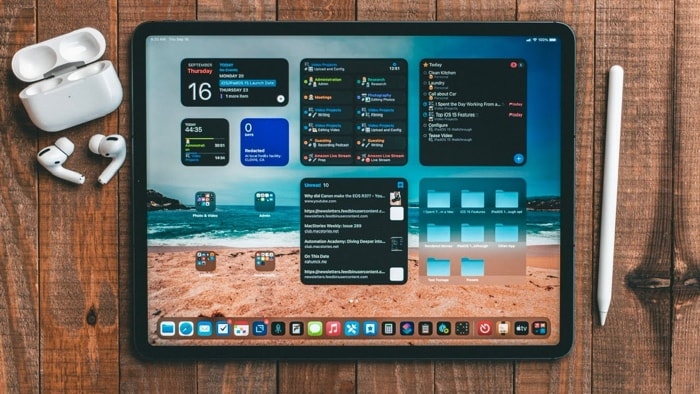 Apple recently released iOS 15 for the iPhone and iPadOS 15 for the iPad, we have already had a look at iOS 15 and now we get to find out more information on the latest iPad software.

The video below from Christopher Lawley gives us an in depth look at the new iPadOS 15 software and its wide range of features. The video is around 45 minutes long do it goes into a lot of details about the new features in this update.

As we can see from the video there are some major changes to the iPad Home screen, you now have widgets on the Home Screen and not just on the side. They can also be placed on more than the first page of the Hone Screen.

There are also extra large widgets for some apps, including for apps like the Files app, this makes it a lot more users friendly.

This update also brings a wide range of new multi tasking features to the iPad, plus the new Focus Mode which comes with a lot of customization options to help you focus.

There are also updates for Safari, Mail, Maps and many more apps, from what we have seen so far this look like one of the most useful iPadOS updates so far.

The new iPadOS 15 software update is now available to download, you can install the update by going to Settings > General > Software update on your device.