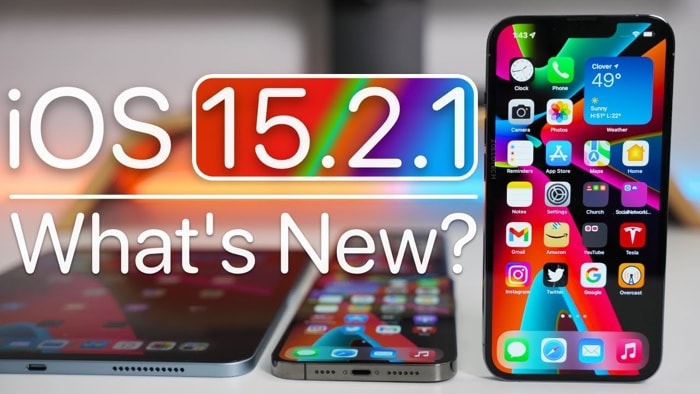 Apple has released a couple of updates this week, one normal update for the iPhone and iPad, iOS 15.2.1 and iPadOS 15.2.1, and also some new betas for developers.

The new betas for developers are iOS 15.3 beta 2 and iPadOS 15.3 beta 2, these are also expected to be made available to public beta testers sometime soon.

Now we have a couple of videos from Zollotech which give us a looks at what is new in these latest releases from Apple. First up is the new iOS 15.2.1 software update.

As we can see from the video this software update for the iPhone and iPad is designed to fix some security issues in iOS, with a specific vulnerability related to Apple’s HomeKit. There are also some fixes for Message and third-party CarPlay apps.

As we can see from the video the new beta comes with a modem update for the iPhone and it also comes with some updates to a range of the existing features on the iPhone.

As this is only the second beta in the series it will be a while before the final version lands, we are expecting it to be released sometime in February.