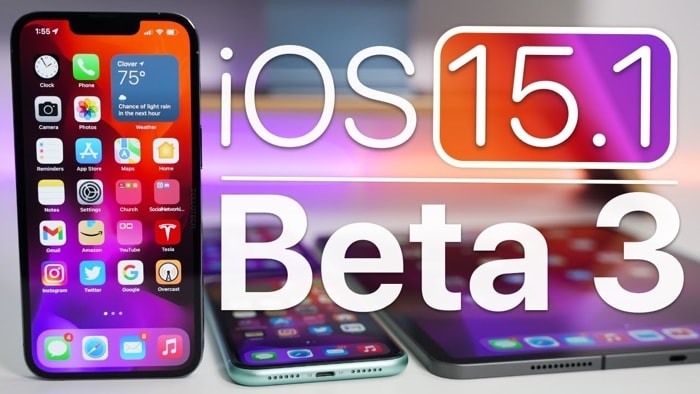 The video below from Zollotech gives us a look at the new iOS 15.1 beta 3 software and the changes that are coming to the iPhone with this update.

As we can see from the video there are a number of new features in this update, this includes the ProRes feature for the iPhone 13 handsets.

The update also enables the Apple SharePlay feature that was supposed to launch with iOS 15. SharePlay lets you watch movies and TV Show with your friends over FaceTime, the content you are watching is synchronized in both locations.

Apple are expected to release their iOS 15.1 software some time this month, we are expecting it to land around the end of October. As well as the new iOS 15.1 beta 3 for developers, Apple should also release iOS 15 Public Beta 3 to public beta testers some time this week.

As soon as we get somt details on when the iOS 15.1 and iPadOS 15.1 software updates will land we will let you know.