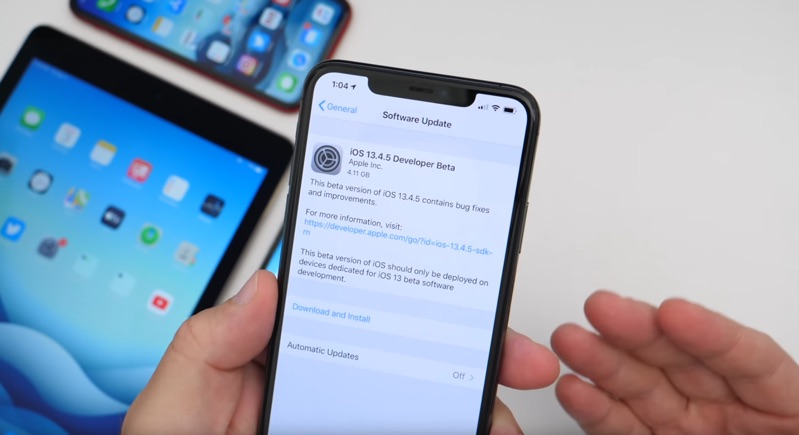 Apple recently released their new iOS 13.4.5 beta 1 software to developers and now we get to find out what is new in this new beta.

The video below from Zollotech gives us a look at the new beta of iOS 13.4.5 and we get to find out what changes have been made over the recent iOS 13.4 release.

As we can see from the video there are a number of bug fixes in the new iOS 13.4.5 beta, this includes some issues with Bluetooth and also some issues when using a VPN.

There is a new feature that will let you share a song from Apple Music on Instagram as a story, there are also some changes to the Activity App and more. There is also a mention of a new iPhone with Touch ID in the code, this is probably the new iPhone 9 which should launch this week.

As this is the first beta of iOS 13.4.5 it will be a little while before the final version of the software is released, this could take place around the end of this month or early next month.