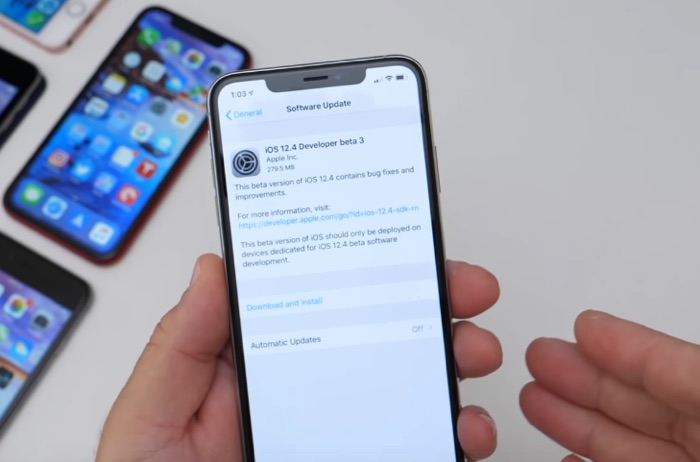 The new iOS 12.4 beta 3 was recently released to both developers and public beta testers, we recently saw a speed test video of the OS and now we have another video.

The new iOS 12.4 beta can bee seen in this new video from Zollotech, lets see if there are any major new features in this release.

As we can see from the video there are no major new features in the latest beta version of Apple’s iOS 12.4, there are some improvements under the hood including improved LTE and WiFi.

The final version of iOS 12.4 is expected to land some time in June, Apple are holding their Worldwide Developer Conference next week, we may find out some details on its release date. Apple will also be making their new iOS 13 official at the event.