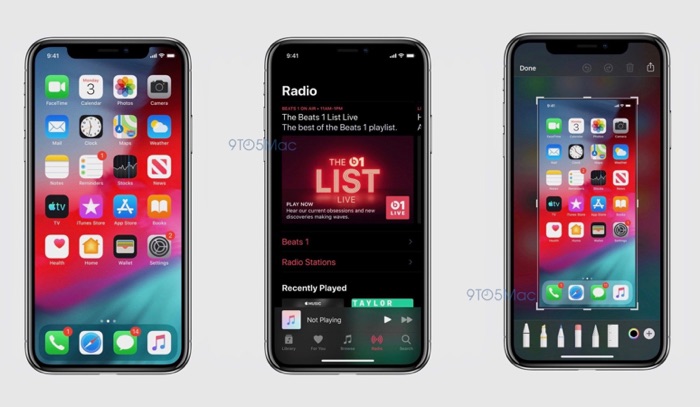 Apple’s Worldwide Developer Conference starts next week, the company will be showing off their new iOS 13 software at the event, plus new versions of macOS, tvOS, watchOS and more.

Now some screenshots have been obtained by 9 to 5 Mac and they apparently give is a look at what the next major release of Apple’s mobile OS will look like. 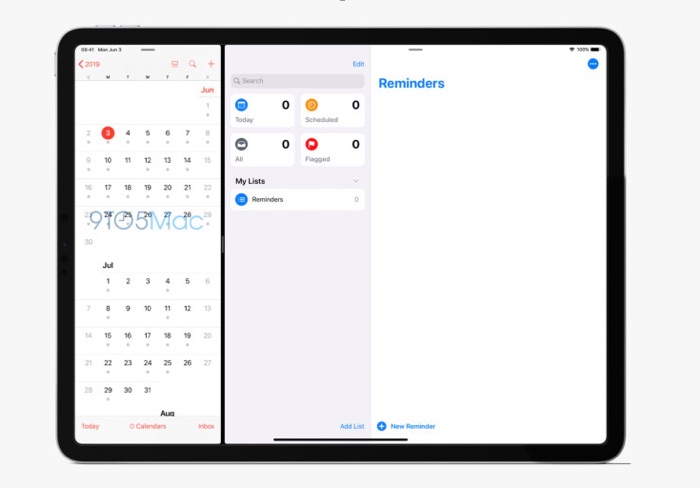 One of the new features is Dark Mode which can be enabled from either the Control Center or from the Settings app on your iPhone or iPad. This will give a new look to your device and will also include some new wallpapers which have been designed for Dark Mode.

The Reminders app will also get a new design in iOS 13, this will also be applied to the macOS version of the app when macOS 15 is released. Apple will also unify the Find my Friends and Find My iPhone apps into one app called Find My.

Those are the only details we know so far, we will have more information about the new iOS 13 software when it is made official at Apple’s WWDC 2019 next week. It is not clear as yet in whether there will be any new hardware introduced at the event, as soon as we get more details, we will let you guys know.