Apparently there is such an event as an Emergency Shelter Exhibition and all sorts of artists and designers participated. The happening was in Sydney, Australia and seen below is the entry of architectural firm LAVA. For some bizarre reason (it’s the color scheme definitely) the Digital Origami Emergency Shelter reminds us of green apples. Mmmmm, green apples. 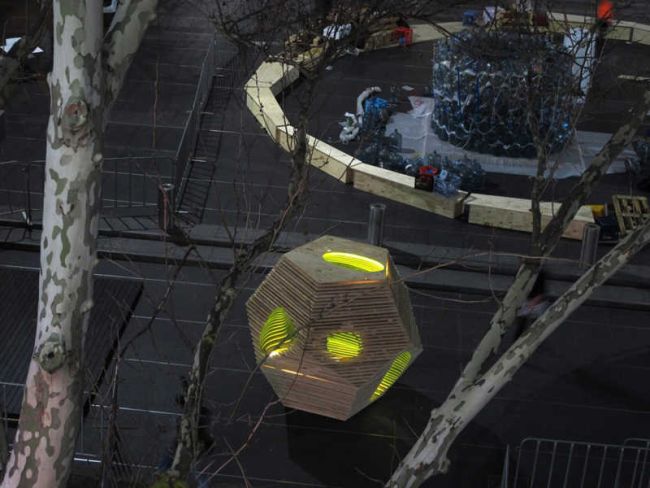 The self contained shelter is a last minute abode for the disaster stricken and can fit a small family. It’s LED illuminated and shipped in compact packaging. Assembly is supposed to be a no-brainer, though judging by its structure, the accompanying manual should be quite detailed.

There’s no word yet on whether it’s going to sell. It doesn’t look very emergency survivable though. Maybe it’s (again) the color scheme. Perhaps red or orange would’ve communicated its purpose better, but what do we know?

The awesome part is if LAVA makes an effort to market this Origami structure, it could actually serve as a stylish outdoor shelter, like a tent but with more amenities. It’s eco-friendly too and available in a portable knock down kit.

Also, it would be really cute to live in a village full of these snug shelters.