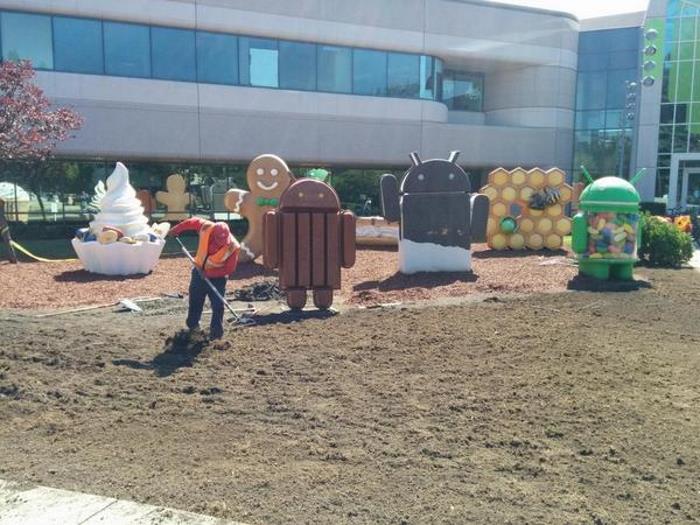 Earlier this year, Google revealed the next version of its operating system dubbed as Android L, but they didn’t officially reveal what “L” stands for.

Google has chosen deserts to name their operating systems, and the rumors suggest the “L” also stands for a sweet dish with Lollipop and Lemon Meringue Pie being the top favorites. According to a new report, we will soon find out what the new operating system is named after.

According to a passer-by, the place in front of the Googleplex in Mountain View, California, where all the Android statues are present, is being prepared for a new entry. There was a notice as well that a crane lift project will take place in the area on September 6th from 6am to 2pm. So, we’re guessing we may finally get to know what “L” stands for today.

The preview of the operating system is already available, and we’ve seen some reviews from people using the new operating system, with the material design, and several other interesting features.

Stay tuned, we’ll update you as soon as we find out about it. As for its launch, it’s expected to see the light of the day in the coming weeks, alongside the new Nexus X, or the Nexus 9 tablet. Stay tuned.