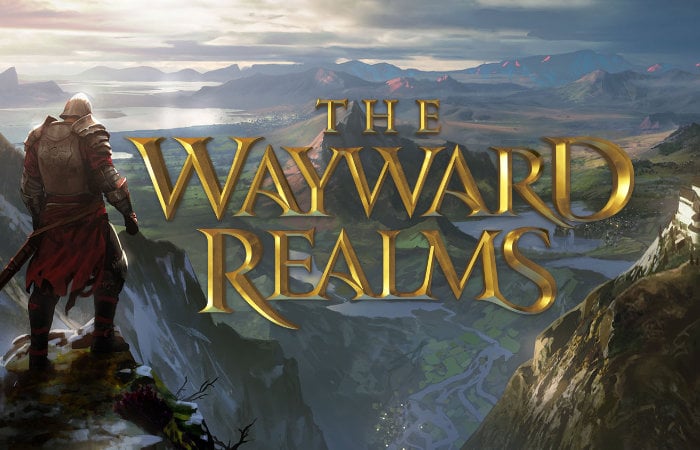 The development and publishing company OnceLost Games which includes ex Elder Scrolls series team members Ted Peterson, Julian LeFay and Vijay Lakshman. Has this week unveiled a new open world role-playing game named Wayward Realms with a quick teaser trailer to whet your appetite. More details are available over on the Steam Game page by following the link below.

The Wayward Realms is game is being described as a “new class of game” called “the Grand RPG,” promising in-depth class and combat systems, complex faction dynamics, and “choice and consequence… experienced on a scale never attempted before“. Check out the quick teaser trailer below.

“Under the direction of Ted Peterson and Julian LeFay, lead developers of the team behind the original Elder Scrolls, Arena and Daggerfall, OnceLost Games is creating a new open-world fantasy RPG where choice and consequence are experienced on a scale never attempted before.”

Features of Wayward Realms include :

– A Massive World. No, really! Way bigger than most other games you can think of. Big cities with hundreds or thousands of NPCs, deep, dark, dangerous forests, gigantic mountain ranges, sprawling swamps and marshlands, vast oceans, and more, brought to life through dynamic, procedural generation.

-- Real Role-Playing. You’re not playing some prebaked warrior or mage, but a character class of your design, with customized skills and abilities to craft your own spells, potions, and enchantments. Want to try playing a character who is really, really outside the box? We got you.

– A World Full of Lore. We call it Wayward Realms for a reason. On the surface, things may have that familiar, medieval fantasy look, but dig a bit deeper and there’s a lot to learn. From the multiple moons in the sky, to the libraries worth of books, to the multiple cultures of each race, there is always something new to discover.

“The Wayward Realms is set on a group of over one hundred, realistically scaled, islands, known collectively as the Archipelago, where scores of factions vie for influence and power. Kingdoms strive to maintain their dominance, upstarts seek to earn a place at the top, and dynasties set generational plots into motion. Should the player earn a position of prominence, they may change the course of history. However, they must first prove their worth battling rivals, mercenaries, monsters, spirits, and demons. On their quest for fame and fortune, players will venture through strange lands, delve into foreboding dungeons, and traverse kingdoms full of humans, elves, orks, dwarves and a few other unusual races.”

“A short teaser and a look into the world of the Archipelago and the scope we aim to capture with The Wayward Realms.”