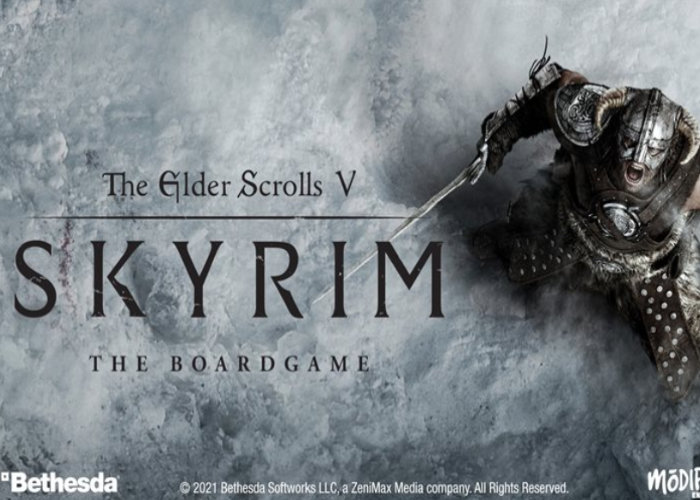 A new campaign to crowd fund a Skyrim board game has been revealed this week with a campaign holding page over on the Gamefound website. Modiphius Games are teaming up with the Bethesda once again to create the cooperative Skyrim board game for 1 to 4 playe. Unfortunately very little else is known about the Skyrim board game at the current time but as soon as more details are released we will keep you up to speed as always.

Modiphius Games have previously been responsible for creating licensed boardgame adventures such as Dishonored: The Roleplaying Game and The Elder Scrolls: Call to Arms. Publisher Modiphius Games has explained that the Skyrim: The Board Game’s crowdfunding page is set to go live in June. As previously mentioned the crowdfunding campaign will take place on Gamefound rather than Kickstarter or similar. Gamefound explains they are “the bridge between backers and game creators. We create tools for creators to communicate and share ideas with their community”.