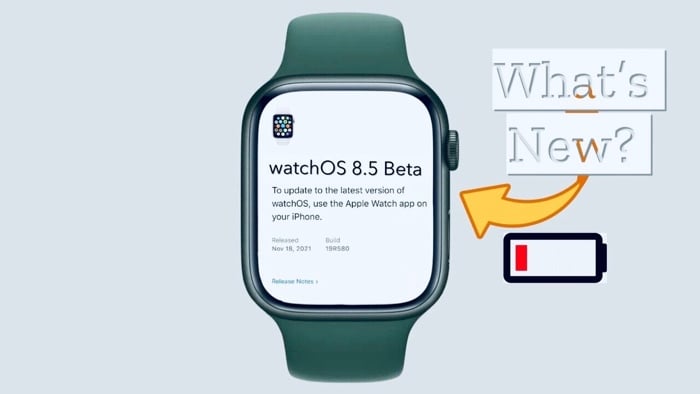 Last week Apple released a number of new betas, one of those were the new watchOS 8.5 beta 1 for the Apple Watch.

The video below from Half Man Half tech gives us a look at the new watchOS 8.5 beta 1 software and it range of features.

As we can see from the video there are a number of changes coming to the Apple Watch in this software update.

The video features the latest Apple Watch, the Apple Watch Series 7 and this update includes the new Emoji that are coming along with the iOS 15.4 and iPadOS 15.4 updates as well.

The iOS 15.4 update will now support people wearings face masks with the iPhone where you can now use Face ID on your iPhone. This will apparently work with the iPhone 12 and iPhone 13. Other devices can continue to use your Apple Watch to unlock your device.

As this is the first beta release of Apple’s watchOS 8.5 it will be a while before the final version of the software is released. We are expecting this to happen sometime in February and it should be released along with iOS 15.4 and iPadOS 15.4.