I was somewhat of a menace to small appliances when I was a kid. I nuked metal just to see the sparks and once filled the dishwasher with hand soap. I did try to dry a pair of boots once and the racket the dryer made was nothing compared to the sound from this poor washing machine spin cycling a brick.

It appears in the video that the machine has been souped up somehow and it is already smoking with a single brick inside. The machine was on its last legs with one brick, and then the guy added a second. 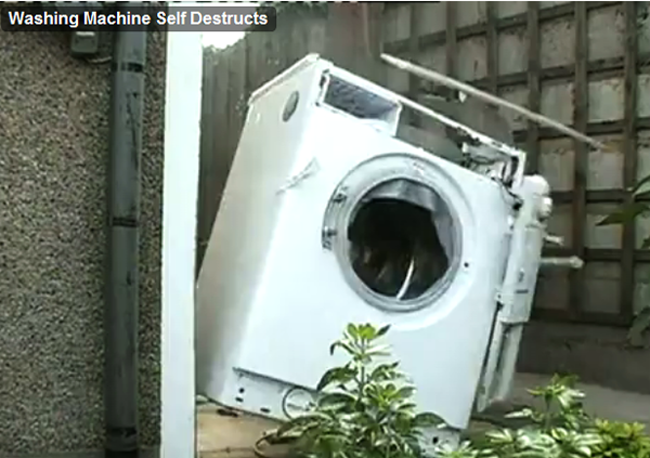 This may be one of the funniest videos I have seen in a while, though I am not sure why I find it so funny. It’s just a washing machine flailing on the ground smashing everything in its path. Yet I still laugh each time I think about it. It’s probably because I would have done this when I was a kid if I thought I would have lived, and for a second I thought the machine was coming after the guy for some payback.