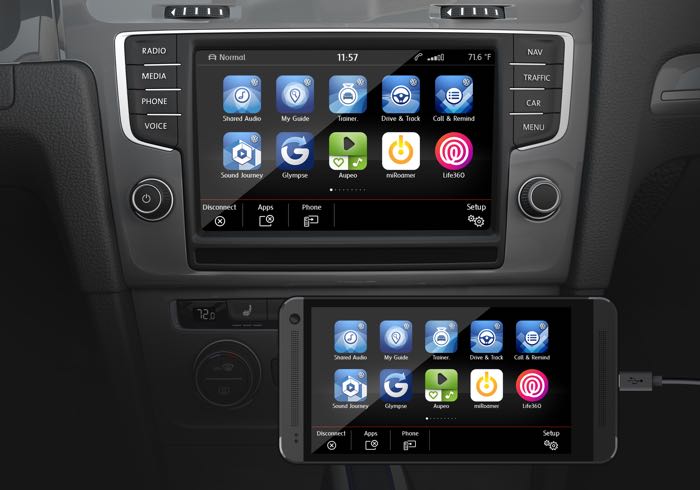 Volkswagen has announced that they will be bringing Apple CarPlay and Google’s Android Auto to their vehicles in 2015.

Later this year, VW will introduce the second generation “modular infotainment platform” (MIB II) in the United States. Along with the new infotainment system, MirrorLink™ will also be made available for the first time, integrating the apps and operating layout of numerous smartphones (including Samsung, HTC, LG and Sony) into cars. When MirrorLink™ is introduced, two other interfaces will also be launched under the App-Connect label: CarPlay™ (Apple®) and Android Auto™ (Google®). Simultaneously, VW will also launch CarPlay™ and Android Auto™ in the European market.

You can find out more information about VW’s plans to bring Apple CarPlay and Google’s Android Auto to their vehicles in 2015 at the link below.