Vizio has announced its latest set-top streaming media box called the Co-Star LT. The original Co-Star set-top box was unveiled about a year ago. The new Co-Star LT set-top box is designed to bring the smart TV platform, Vizio Internet Apps Plus, and more to dumb standard TVs of all brands. The new LT set-top box has an HDMI input and an HDMI output. 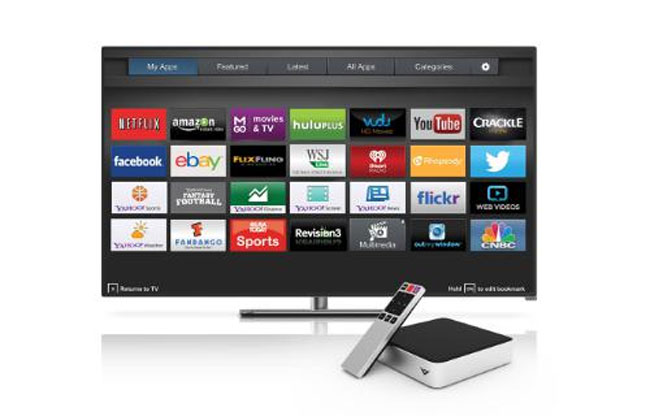 With video from a cable or satellite receiver going through the Co-Star LT, users are able to browse apps while watching live TV. The set-top box also has integrated Wi-Fi and supports second screen interactivity from smartphones and tablets. The LT offers access to apps such as Netflix, Hulu, YouTube and many others.

The box supports full HD resolution content and 3-D content pass-through. It also supports HTML 5 apps and has an integrated USB port. The USB port allows users to connect other media devices to play content back in the living room. The second screen interactivity features allow users to browse some applications on their smartphone or tablet such as Netflix and others and then play video chosen on the screen of their TV in the living room. The Co-Star LT is available directly from Vizio for $79.99 now and will be available in other stores including Amazon, Target, Walmart and others soon.