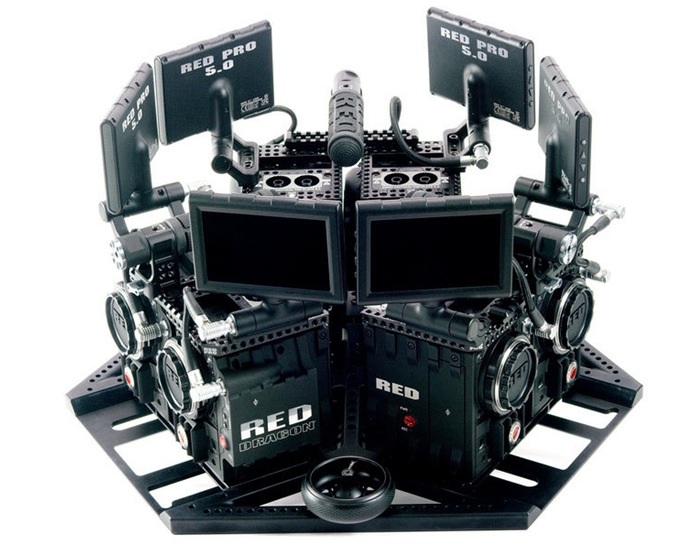 A new virtual reality camera rig has been unveiled this weekly NextVR which is equipped with six Red Epic Dragon cameras which have been arranged to provide a 360 degree view of the surrounding environment.

The new NextVR virtual reality camera system has been specifically created by NextVR to be used to record live video in full virtual surround reality that can be then viewed by virtual reality headsets such as the Oculus Rift and similar.

The Red Epic Dragon cameras are all linked together and fitted with fisheye lenses to help expand the range, and capture as much of the surrounding area as possible. Unfortunately no recorded footage from the virtual reality camera system has been released as yet by NextVR formly known as Next3D but as soon as anything comes to light we will keep you updated as always. NextVR explains a little more:

The technology behind the new NextVR Virtual Reality Digital Cinema Camera System is partially based on the three-dimensional video and camera technologies that several of the company’s engineers and producers designed for use in films like the IMAX® Journey to the South Pacific 3D, as well as Dolphin Tail, Pirates of the Caribbean: On Stranger Tides, Underworld, The Last Reef 3D and Great White Sharks 3D.”

For more information on the new NextVR virtual reality camera system jump over to the official press release for details.