My kids are far from the toddler stage now with my son at 10 and my daughter at six. Both of them love to take off with my iPad though to play games and watch movies on Netflix. I have a hard time trusting them with the expensive tablet and there is no way I would let my 2-year-old nephew use the iPad. 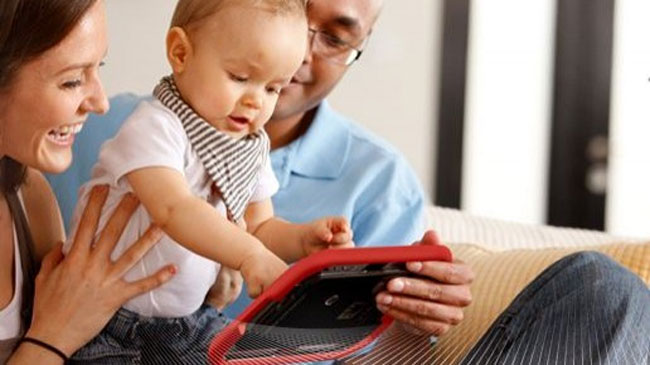 If junior wants a tablet though and you want to start the gadget lifestyle early, you can check out the Vinci Tab. This thing is an Android tablet with soft sides that won’t hurt the little one and resists being thrown about by junior. The tablet runs Android 2.3 and has a 7-inch screen. It runs a 1GHz ARM Cortex A8 processor and has 512MB of RAM.

It has no 3G or WiFi so you don’t have to worry about them downloading apps you don’t want them to have. You apparently have to connect the tablet to a computer with a USB cable to upload new content. The resolution of the screen is 800×480 and it has a 3MP rear camera that shoots photos and records video. You can get it with 4GB or 8GB of storage. The real rub is that the kids tablet is as much as an adult version at $479 for the 8GB version.