The Verizon Nexus 7 has yet to go on sale in Verizon stores, although the photo below shows that Verizon stores have started to receive stock of the tablet ahead of its official launch. 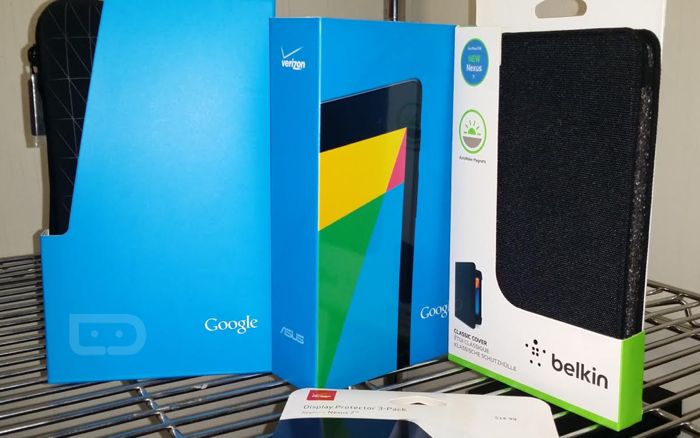 As a reminder, the Nexus 7 features a 7 inch full HD display that has a resolution of 1920 x 1200 pixels, the tablet is powered by a quad core 1.5GHz Snapdragon Pro processor and comes with 2GB of RAM.

Other specifications on the Google Nexus 7 include a 1.2 megapixel front facing camera and a 5 megapixel rear camera, plus WiFi, NFC and Bluetooth 4.0. The device is expected to come with Android 4.4 KitKat out of the box.

The model of the Verizon Nexus 7 tablet pictured comes with 32GB of storage, as yet there are no details on how much the device will retail for on Verizon, the 32GB model retails for $349 on the Google Play Store.