As well as unveiling the new BlackBerry Curve 8530 and the DROID Eris, Verizon has also revealed the Verizon LG Chocolate Touch.

The Verizon LG Chocolate Touch features a touchscreen LCD display, plus a 3.2 megapixel camera with built in digital zoom, plus a range of software editing features. 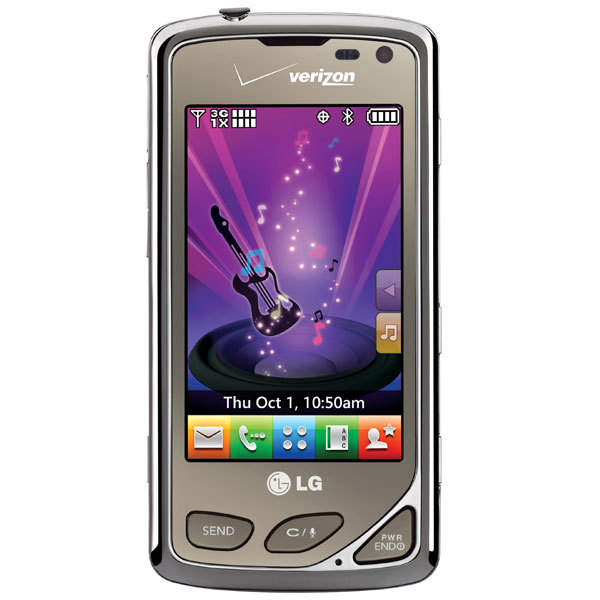 Equipped with patented Dolby Mobile, the Chocolate Touch brings a dramatically richer listening experience with its potent bass and sparkling clarity, making it the perfect companion for music lovers.

The Verizon LG Chocolate Touch will be available for $79.99 after a $50 mail in rebate with a two year contract.