Verizon has officially announced its latest Google Android powered mobile phone, the Verizon DROID Eris, which is due to launch this week the same time as the much anticipated Motorola DROID.

The Verizon Droid Eris is basically Verizon’s version of the HTC Hero, it has a couple of design differences, but the majority of the features are the same. 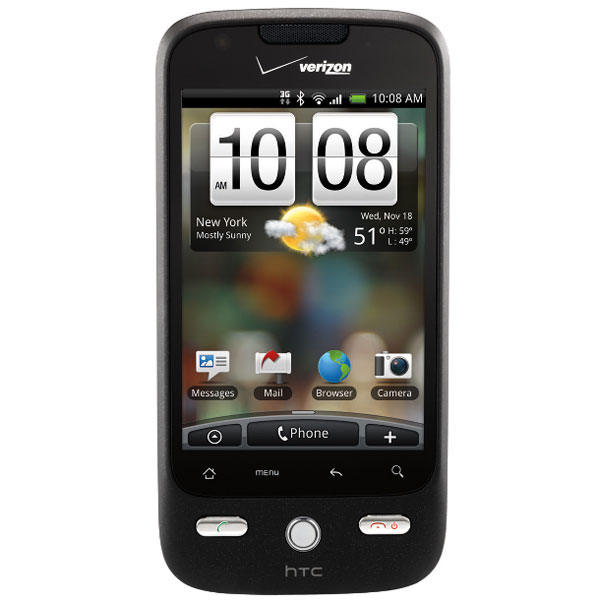 The Verizon DROID Eris features a 3.2 inch capacitive touchscreen display, a 5 megapixel camera, built in WiFi, a microSD card slot which can take up to 16GB cards and a 3.5mm headphone jack.

On top of that, the Verizon DROID Eris also features Bluetooth, a full HTML browser with Flash Lite, a digital compass, voice dialling, GPS, plus supports for a range of Google services.

The Verizon DROID Eris will be available from Verizon, tomorrow November the 6th for $99 with a two year contract after a $100 mail in rebate.