The BlackBerry Z30 recently launched in the UK, and now the handset is headed to Verizon Wireless in the US. The Verizon BlackBerry Z30 will launch next week on the 31st of October.

The news is not official yet, and comes via the way of a leaked internal document, which shows the launch date of the handset as the 31st of October, the device will retail for $299 when you take out a new two year contract with Verizon. 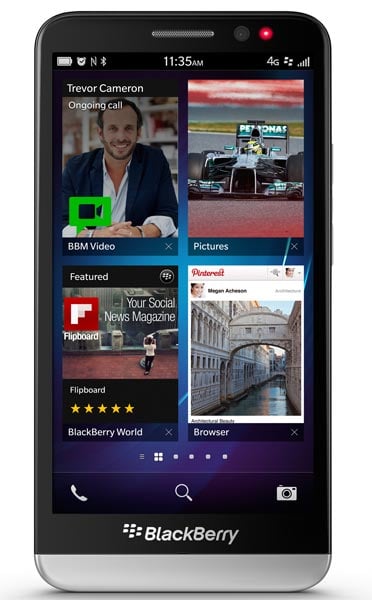 The handset comes with BlackBerry OS 10.2, it is equipped with a 5 inch HD display that features a resolution of 1280 x 720 pixels, and processing is provided by a dual core 1.7GHz processor.

The Verizon BlackBerry Z30 also features 2GB of RAM and 16GB of built in storage, if you need more storage, there is a microSD card slot that will give you up to an additional 64GB of storage. 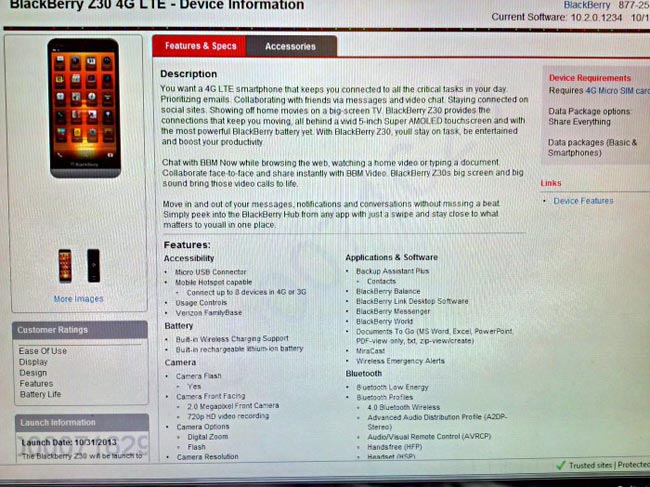 The handset features front and rear cameras, on the back of the handset we have an 8 megapixel camera, with 5x digital zoom, an LED flash, and an f/2.2 lens, this camera is capable of full high definition video in 1080p.

On the front of the BlackBerry Z30 we have a 2 megapixel camera for video chat, this camera comes with 3x digital zoom and it is capable of high definition video in 1080p.

Verizon have yet to officially announce that the BlackBerry Z30 will be available from the 31st of October, as soon as we get some confirmation we will let you guys know.