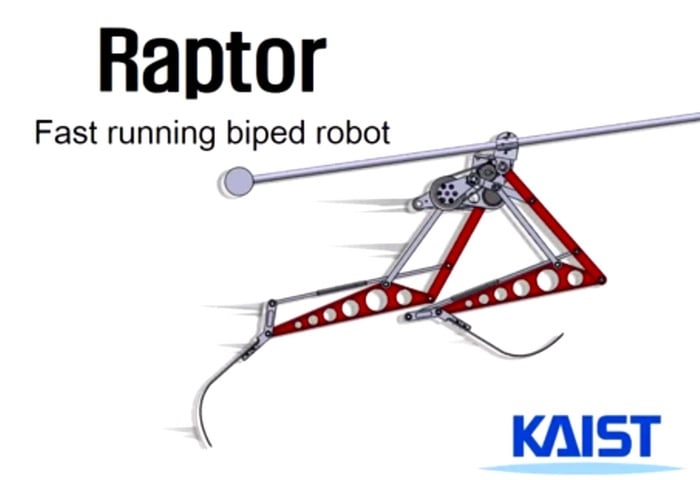 Over the years we have featured a number of running robots here on Geeky Gadgets and this week a new style of fast running robot called the Raptor robot has been unveiled, whose design has been inspired by the Velociraptor dinosaur.

The Raptor robot has been designed as a fast-running biped robot that is capable of accelerating to speeds of around 28 mph and has been developed by MSC Lab, KAIST. Watch the video after the jump to learn more about the Raptor robot project and see it in action.

The Raptor is fitted with two under-actuated legs and a tail that has been inspired by velociraptors to provide it with balance as it runs. Tail-assisted pitch control provides stability over high obstacles and help the Raptor robot runs at a speed of 46 km/h on a treadmill with off-board power.

The Raptor is currently still in the development process at the current time but for more information on the new Raptor robot jump over to the MSC Lab website for details.