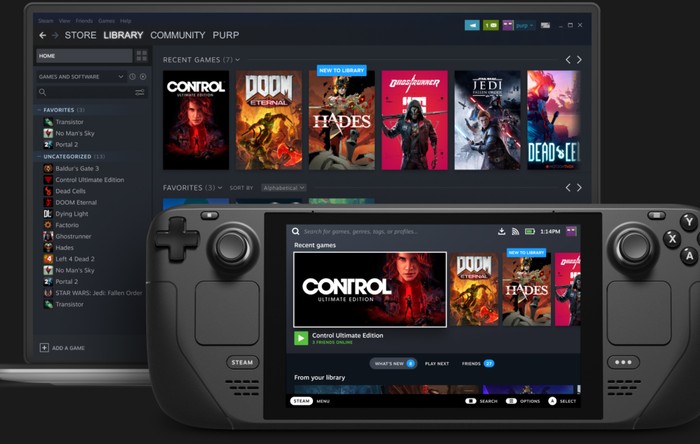 Valve have announced that anyone is welcome to join the fun at today’s Valve’s Steam Deck developer event and will include a briefing on its AMD chip. Unfortunately those patiently waiting to get their hands on the new Steam Deck console were told yesterday by Valve that they will need to wait a little longer and the scheduled launch has been pushed back into the New Year, due to chip shortages worldwide.

If you are thinking of attending the SteamWorks Virtual Conference for the Steam Deck the participant chat and a Q&A feature will become available 30 minutes before the more details can be found by following the link below first event. Valve has officially announced a shipping date for their Steam Deck for February 2022

“We’re excited to have the opportunity here to connect with developers and share more information on how to get your games running well on Steam Deck. Erik Peterson and Kaci Aitchison Boyle from the Steam team are here to guide us all through the event, and designer Greg Coomer will talk about Valve’s goals for today, while looking ahead at what’s coming for Steam Deck’s launch and beyond.