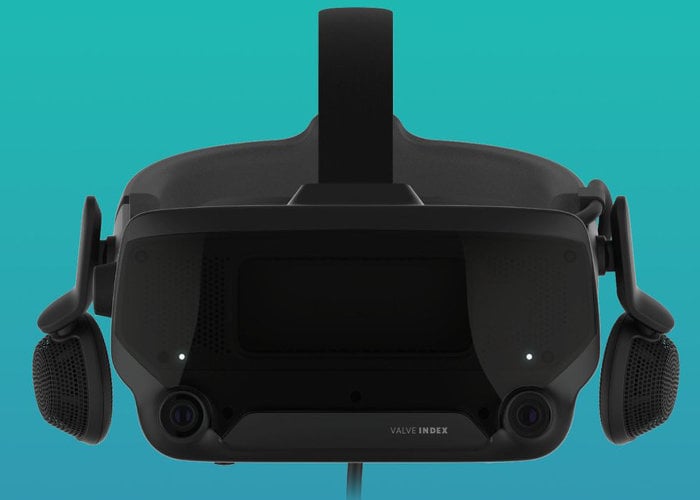 Earlier this week Valve teased its new virtual reality headset in the form of the Valve Index which is now expected to be available to preorder from next month, May 1st 2019 will start shipping out during June 2019. Following on from this teaser Twitter user Wario64 uncovered an official Steam product page for Valve’s Index headset .Even though the page has now been removed from the Steam Store screenshot was successfully captured revealing a few more details about what you can expect from the new Valve VR headset although unfortunately no hardware specifications were listed. 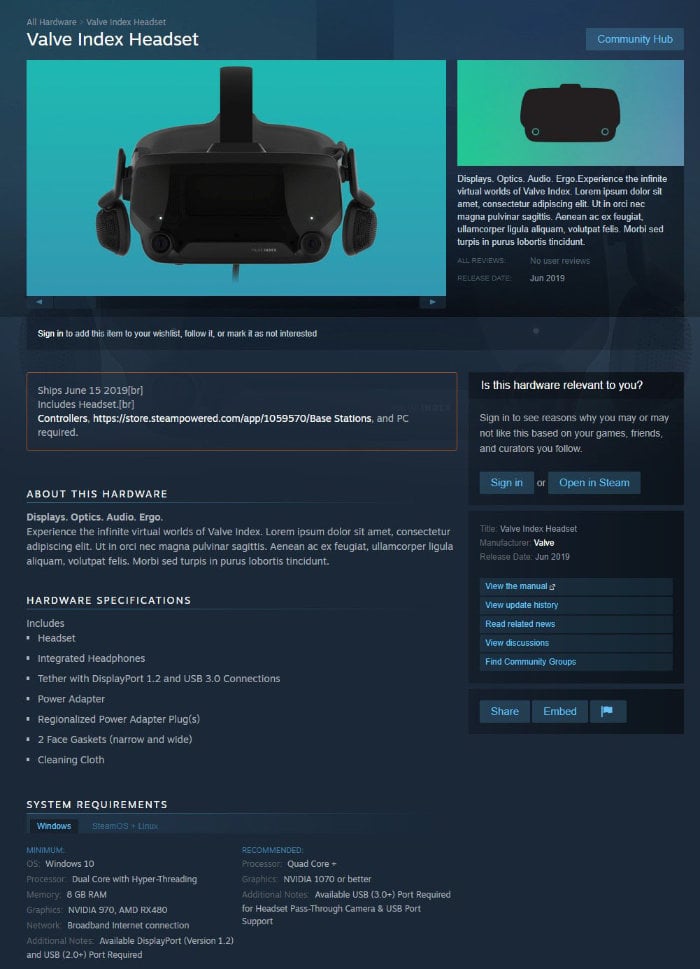 SteamDB the massive third-party database of everything in the Steam catalog, has confirmed the existence of the Valve Index page with the very same header photo, lending extra credibility to the authenticity of the screenshots in the existence of the VR headset. In a statement sent to the Road To VR website a Valve spokesperson clarified a few points :

“Following the leak of the Steam product page for the Valve Index headset (detailed below), a spokesperson for Valve tells Road to VR that the information “while not comprehensive, is accurate.” The spokesperson also said that the company is targeting May 1st for a full reveal of the headset which will include pre-orders, with shipping planned some time in June (though the exact date is not yet confirmed). Knuckles will also be sold alongside Index, and Valve plans to call them “Valve Index Controllers” going forward.”

As soon as more details are announced regarding pricing and availability for the Valve Index VR headset we will keep you up to speed as always.