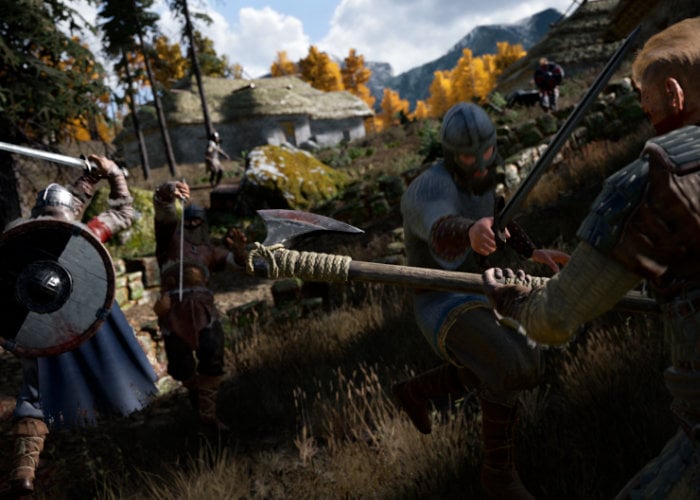 A new Viking themed battle royale game is currently under development by developer and publisher Blackrose Arts. Who has today released a new trailer for the Viking game as well as announcing that development has now entered alpha testing with places available for you to help mould the game before its official release.

“Early Access is a good opportunity to test VALHALL with a large playerbase, get feedback and improve the balance of game mechanics. We plan to add some new features, which will round off the game. We have decided to keep our schedule fairly flexible. Roughly it will take 5-7 months. Our goal during this period is to achieve the best balance of game performance, graphics and hardware requirements. i.e. to achieve the best optimisation, interesting and unique game mechanics and content which will allow you to fully enjoy the game during its release.”

Features of the new Valhall battle royal game include :

– The map is separated into 4 even parts, each with a different season and environment with dynamic weather and lighting systems.
– Deep, fun, skill-based melee combat system. Feel in complete control of your actions with responsive combat and movement options.
– You are able to play from first and third person perspectives.
– The map is constantly crumbling away. A gravity field surrounds the map and shrinks further and further towards the center.
– Great battles and single combats! – 50 warriors fight on the eternal battlefield. With a huge arena in the middle of the map, only one shall leave alive!

“You are one of the survivors from the last battle of Odin’s army. Almost all your brothers lost their lives fighting against a tremendous enemy. Now an unprecedented apocalypse is going to crush everything in its way! The best of Odin’s warriors have returned to retrieve the sword of Odin. It possesses power over all natural forces and is your last hope to stop Ragnarök. You are going to have to fight against all others for the right to possess the sword and save the Nine Worlds from complete destruction.”