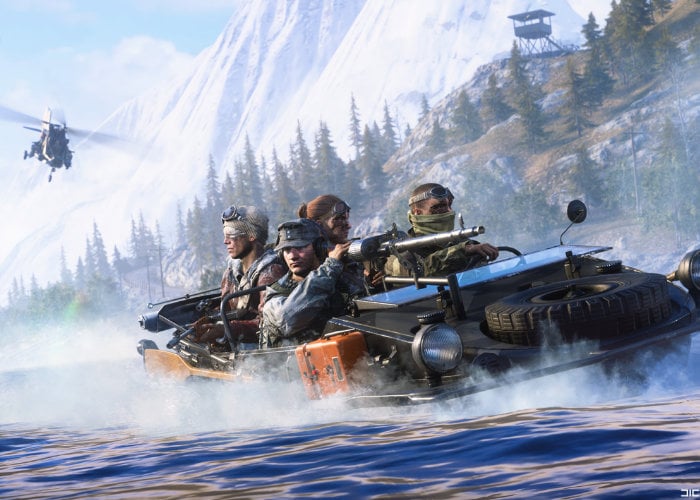 EA and DICE have released a new Battlefield V Firestorm Battle Royale gameplay video providing a further glimpse at what you can expect from the new game which launches in a few days time on March 25th, 2019. The game will roll out as a free update to all Battlefield V players, and sets the “spark” for Chapter 3 Trial by Fire.

If you are unfamiliar with the new Battle Royale experience coming to Battlefield V, it takes the form of a 64 player battle fought across land, sea, and air on the largest Battlefield map ever. Allowing players to either group up with friends or play solo. “Roll four-person deep and face the Firestorm with allies or go at it solo”.

Features of Firestorm include :

– Battlefield Core Gameplay: Firestorm comes with Battlefield V’s core gunplay and destruction intact. But expect surprising changes that’ll shake-up battle royale as you know it.
– Halvøy: This snow-covered peninsula draws the best soldiers into combat on the biggest Battlefield map ever.
– Objectives: Play as a squad to secure Re-supply Points and Vehicle Lockups that are strewn across the map for a chance at wielding vehicles and gear from Firestorm’s most valuable stockpiles.
– Combat Vehicles: Command an armory of devastating vehicles over land, air, and sea – including five new vehicles for Firestorm. If you want the power, you’ll have to take the risk and challenge other squads to be the first to unlock the best combat vehicles from Objectives.
– Reinforcements: Part of Firestorm’s rare loot, call down Reinforcements like the V-1 Rocket, artillery strikes, and combat vehicles to wreak havoc on the battlefield. On the flipside, order supply drops to aid your squad in an instant.
– Destruction: Firestorm brings true Battlefield destruction to the battle royale genre, making for unparalleled moments and unique tactical opportunities. No more camping in buildings when a V-1 rocket can blow your house in.

For full details on the new Battlefield V Firestorm Battle Royale game jump over to the official website by following the link below.