Are you one of those people who stands there watching the timer on the microwave when you are cooking something, what about watching a YouTube video instead?

A group of students who were competing in the PennApps Data Hackathon have created a Microwave which will play a YouTube video that is the same length as the timer you have set on the Microwave, called the uWave,  have a look at the video below. 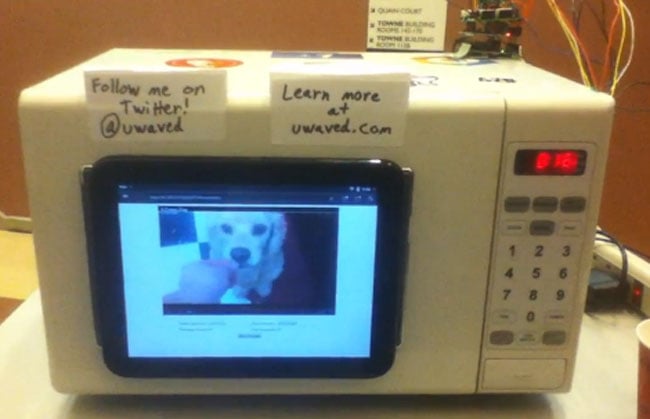 To create the uWave, the students used a Microwave, a HP TouchPad tablet and Arduino, you can find out more information on how it was made over at uWave.