The awful truth is after years of campaigning in two different theaters, the US Army and other branches are still grappling with roadside bombs. You might have learned about them through their other, more pedantic, moniker IED. The problem with roadside bombs is, well, they can’t be beat. Heavily armored vehicles can’t survive, even tanks can’t. So the best way is to detect where they are right away. 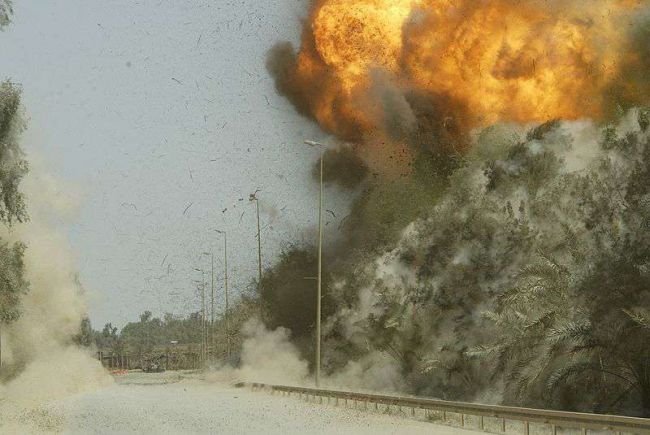 Earlier this week the US Army made it known that paintballs are on the table  as projectile markers. That’s right, the Army wants them paintballs to paint up roadside bombs and other nasty surprises from a distance. It’s no use doing the same when your ride is just a few meters away. Anyway, keep in mind the Army is looking for contractors who’ll sell it the needed hardware. So paintball guns in real war zones remain to be seen.

The requirements so far include accuracy and a proven range that’s somewhere ein the neighborhood of 100 meters.

A decent extra reference for this post would be watching the 2009 flick The Hurt Locker, which depicts how much it sucks having to deal with roadside bombs.