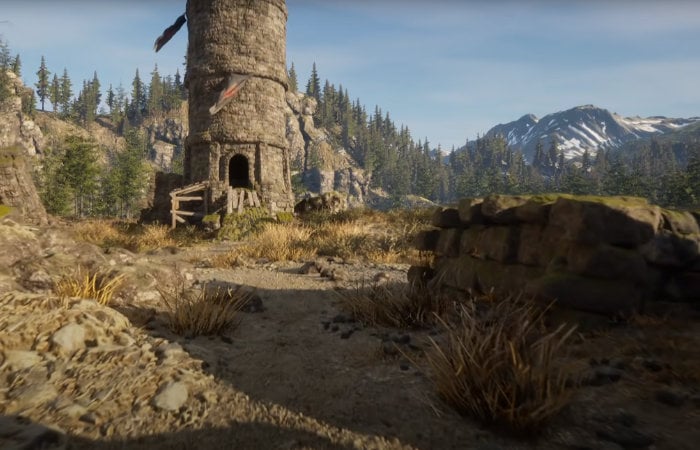 Skyrim fans and game developers may be interested in a new demo showing a glimpse at how Skyrim looks when run in the new Unreal Engine 5. Unreal Engine 5 was showcased back in May 2021 when Epic Games revealed more details about the new technologies incorporated into the Unreal Engine 5 platform. The video below is just a test of some pre-existing materials to see how they would work in the Unreal Engine using nanite.

Unreal Engine 5 builds on the previous engines created by Epic and has been created to “empower creators across all industries to deliver stunning real-time content and experiences” says Epic. An Early Access build is already available for those interested offering a chance to experience the new rendering technology for yourself whether you are a AAA developer or an indie start-up.

“This is just a test I made over the last few days using some of my preexisting materials to see how well they would work with Unreal Engine using nanite. All the assets were made very simply by creating primitives and using displacement maps to add the details. Most of the assets are a million plus tris and the tower itself is around 11 million. Having said that, the entire scene never went over 2 million tris in view at a time according to the nanite stats. The only assets not made by me are the landscape material used in the distance and the pine trees. Using DLSS quality mode I was able to get a solid 70ish fps with a few dips into the low 60s mainly when looking at the trees.”