Brushing your teeth correctly takes time and patience and now UNOBRUSH has been designed to clean your teeth quickly and effectively in just six seconds. The developers of the device have designed a new, more efficient way to brush your teeth and the device is being funded via Kickstarter. 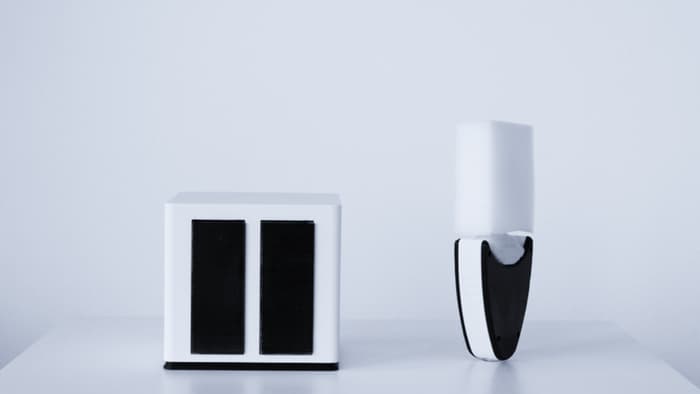 Brushing your teeth incorrectly can mean that you are missing some plaque, it can also cause damage to your gums, UNOBRUSH is designed to take away these elements of cleaning your teeth to ensure they are cleaned effectively each time your use the device. Some people brush their teeth too softly or too hard or for not long enough, UNOBRUSH eliminates all of these issues.

The device comes with an ergonomic mouthpiece that will perfectly fit in your mouth and it is used in conjunction with UNOfoam which is designed to clean your teeth. The developers of the device have spent a couple of years designing and perfecting it to ensure it will give your teeth a more effective clean that traditional brushing.

Dentists recommend that we brush our teeth for two minutes at a time, although many people do not brush for this long, this is where UNOBRUSH can take the hassle out of brushing your teeth and ensure that they are perfectly clean. The video below gives you an idea of how the UNOBRUSH works and its benefits over traditional brushing.

As we can see from the video this is an impressive piece of technology that could change the way people brush their teeth. It also comes with a docking station that features UV technology that keeps your UNOBRUSH clean, the UV light can destroy 99.9 percent of bacteria and germs. This is a useful feature that will ensure your device is clean and ready to use the next time you want to brush your teeth.

The device is being crowdfunded on Kickstarter and the creators of the device have totally smashed their goal on Kickstarter, the device will be headed into production when the campaign ends.The campaign has been incredibly popular and has raised £543,145 so far, this is impressive considering the original goal was just under £12,000.

There is just less than a week to back this campaign and you can find out more information over at Kickstarter at the link below.

You can get your hands on the UNOBRUSH for just £68, this is considerably cheaper than the device will retail for when it launches next year, head on over to Kickstarter at the link below and check it out.