Now the design may be fascinating, like an iPhone rendered in paper thin glass, but the real clincher about the Universal Translator is there’s nothing to back it up yet. What we mean is this gadget remains 100% pure concept. 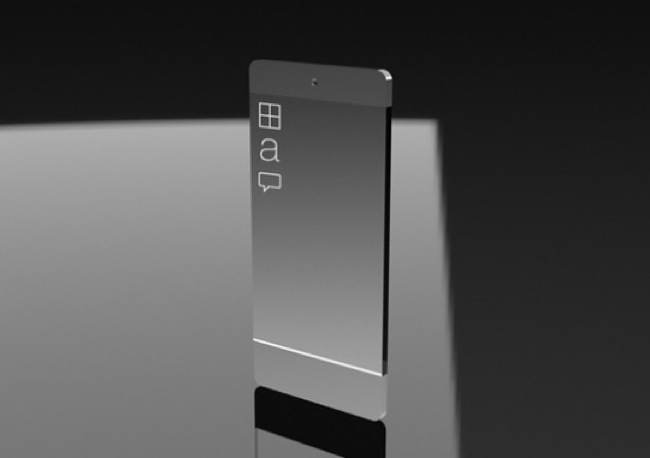 Despite the lack of details, the Universal Translator has caught the eye of many a blog, us included, and been greeted with both enthusiasm and disdain. You might as well include head-scratching to that list.

Because as far as concepts go, the designers usually stay within the boundaries of current technology—their reach doesn’t exceed our grasp so to speak. Not the Universal Translator, whose glass surface you use to peer at foreign names, text and places that are then interpreted and translated.

This is supposed to strike a final blow at culture and language barriers and maybe bring humanity together in everlasting peace. Okay, scratch that last bit. Anyway, the translating software needed to achieve its lofty goals remains a question mark.

As far as specs go, those icons you see on the Universal Translator’s screen offer the barest hint as to what kind of tech this baby will run on.

In any case, you are probably better off buying an iPhone 4 with an app that reads text through the camera and translates it on the fly (there’s none yet but you bet your knickers there will be one soon). The Android Marketplace already has one that translates Chinese and Japanese characters so it might be closer than you think.