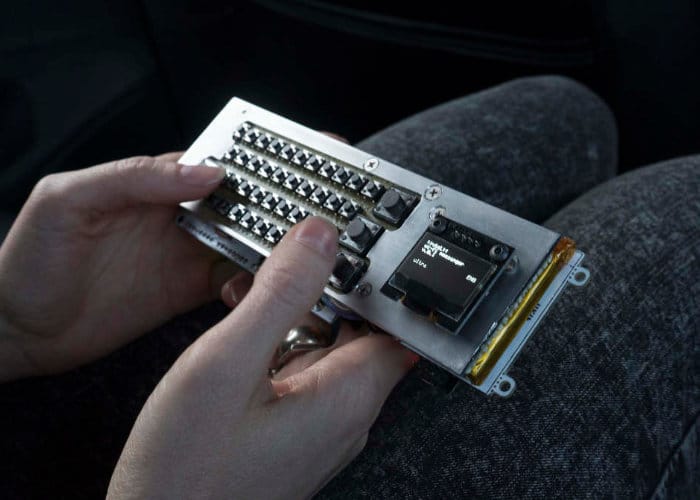 Moscow-based artist Dmitry Morozov has created a very innovative device called the Hot Ninja that is capable of messaging other devices using wireless SSIDs. Check out the demonstration video below to learn more about the pocket device that is equipped with a trio of ESP8266 modules to form and name three different networks. Providing Dmitry with 96 characters that can be used to message the surrounding area.

The Hot Ninja System consists of three standalone Wi-Fi access points, an Arduino Mega board, providing the brains of the system, a keyboard for typing text and an OLED screen. It is also equipped with an internal rechargeable battery that is capable of powering the device for up to 8 hours at a time and can easily be charged using a power bank or smartphone charger.

“Multifunctional network device for autonomous activity in the city environment. Its main function is communication and propaganda through the WiFi wireless standard. This is the hacktivism DIY response to attempts by the authorities in different countries to control the Internet. The project serves as an example of the possible opposition and decentralisation of networks to ensure communications and provide notifications irrespective of whether there is access to the global internet or certain restrictions are applied.”

For more information on how to build your very own jump over to the project page on the official Arduino website.