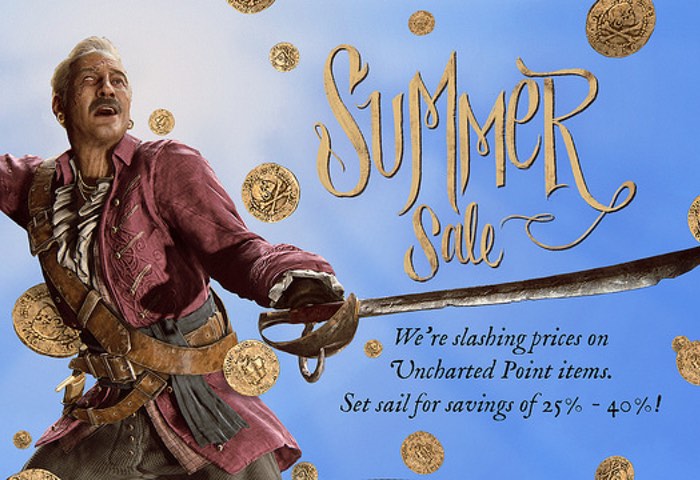 Developer Naughty Dog has today announced the start of its Uncharted 4 Multiplayer Summer Sale allowing you to grab a bargain on Uncharted Point items with savings from 25 to 40 percent on offer.

The new Summer Sale follows on from the recent release of the Lost Treasures DLC, the very first multiplayer content for the multiplayer side of Uncharted 4, which added a new map as well as a new ranked play system and plenty more weapons to choose from.

Starting today, Wednesday, July 20 and lasting through Wednesday, August 17, we’re introducing discounts of anywhere from 25% to 40% on everything that can be purchased with Uncharted Points in the multiplayer store. The sale covers community favorites like the Chloe character, new skins like Dread Pirate Drake, and new gameplay items like Path of Indra and the new P90 weapon. Alongside individual items, we’re also discounting bundles, like the Scalleywag Bundle or the Git Gud Bundle.

But again, this is only the first stop in our Uncharted 4 Multiplayer road map. We’re planning to introduce more new multiplayer content updates coming this year and another on the way in 2017.