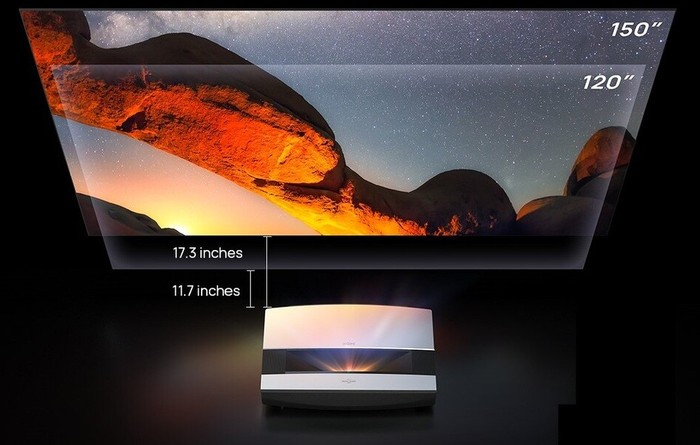 XGIMI has created a new ultrashort throw 4K laser projector called the Aura which is now available to purchase priced at $2,499. The compact projector is capable of displaying 4K and HDR10 resolutions with screen size of up to 150″ and is equipped with four 15W Harmon-Kardon speakers with Dolby and DTS audio support. “Two tweeters and two woofers at 15W each deliver crisp highs, dynamic midranges, and ample bass. Unlock a rich, room-filling audio experience that fills your ears with deep individual sounds, allowing you to hear and feel more. “

“The immersion is only helped by the 4 massive 15W Harman-Kardon speakers that are built into the Aura projector that feature 2 tweeters + 2 subwoofers providing crisp highs, dynamic mid ranges and superb bass. The speakers include Dolby Audio support, allowing everyone to hear every minor detail with room-filling audio. The speakers are so good on the Aura that the projector can also be used as a Bluetooth speaker or soundbar when not being used to watch content.”

“While the Aura is truly a one-stop destination for all sorts of entertainment, the projector really shines when it comes to its ease of use. The Aura features XGIMI’s fast boot tech, can be set up in seconds, and features an intuitive user interface. Images will always be crisp and clear thanks to XGIMI’s onboard, eight-point keystone correction technology which makes focusing a breeze – it’s a true plug and play experience. These features combine to make the Aura an ideal hassle-free projector for the whole family, and will finally give TVs a run for their money as the most immersive home entertainment centerpiece.” 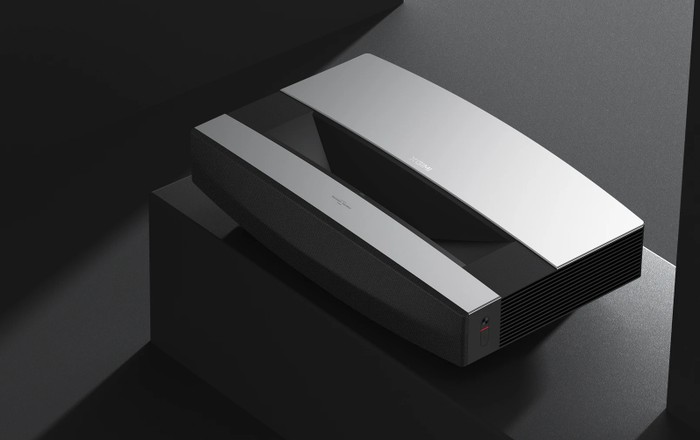 “The XGIMI Aura has a stylish design, luxurious look and feel and is capable of projecting at 4K and HDR10 resolutions with screen sizes of up to 150 inches while also adding low latency image processing capabilities. The Aura projector is powered by 2400 ANSI lumens of brightness, meaning crisper whites, darker and richer blacks and colors that pop. Thanks to the Aura’s impressive ultra short-throw technology, the projector only needs to be a little over eight inches away from the screen to get the full 100″ display, a size which most TVs could never match. That level of immersion is practically magical.”