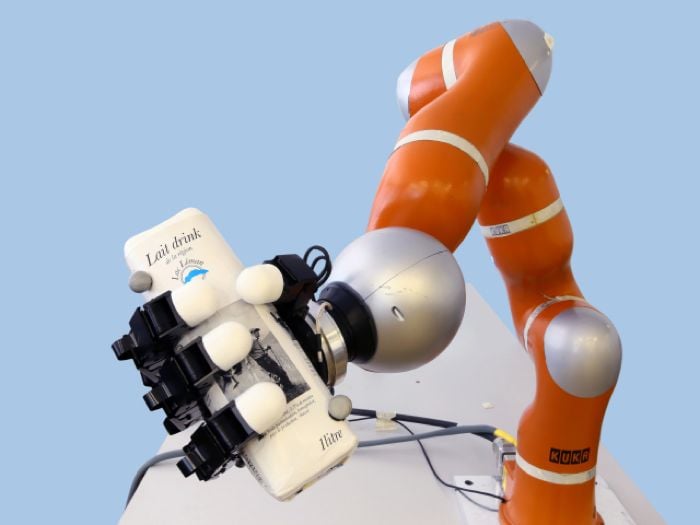 Researchers at EPFL have developed an ultra fast robot ARM that is capable of catching flying objects, the robot arm measures around 1.5 meters in length and it is made up of three joints and a hand that has four fingers.

The ultra fast robot arm was programmed at the Learning Algorithms and Systems Laboratory at EPFL (LASA), it was specifical designed to test robotic solutions for catching moving objects.

“Increasingly present in our daily lives and used to perform various tasks, robots will be able to either catch or dodge complex objects in full-motion, said Aude Billard, head of LASA. Not only do we need machines able to react on the spot, but also to predict the moving object’s dynamics and generate a movement in the opposite direction.”

The ability to catch flying things requires the integration of several parameters and reacting to unforeseen events in record time. “Today’s machines are often pre-programmed and cannot quickly assimilate data changes, added Aude Billard. Consequently, their only choice is to recalculate the trajectories, which requires too much time from them in situations in which every fraction of a second can be decisive.”

As you can see in the video, the researchers used a number of objects to test the ultra fast robot arm, which included a tennis racket, a balls, a hammer and more, you can find out more information about this clever robotic arm at the link below.